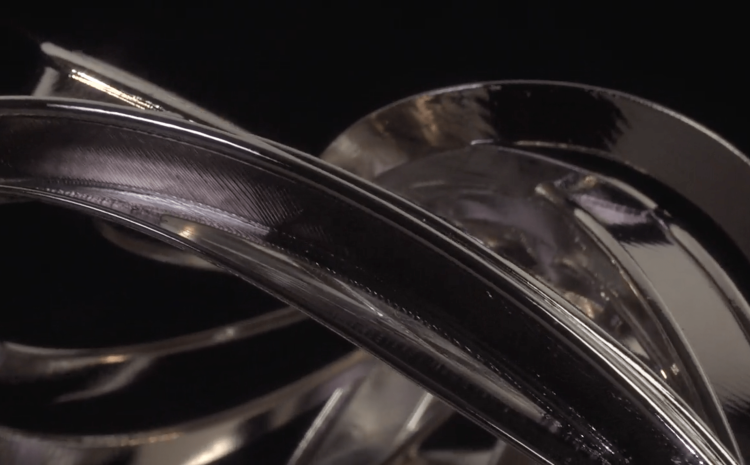 *closed captioning available within the video

Toward the End of Blindness and Beyond

In 1961, at age 19, I lost my ability to see. While I was still in a hospital bed in Detroit, newly blinded, I swore an outrageous oath that has been with me ever since: That no one else should have to go blind. It was a promise I made not just to myself but to God—and one that has remained my personal mission ever since. This is the birth of what I’ve since thought of as “The Call”.

Medical science has achieved great things since I was that blind kid making that grandiose vow, of course. Previously unthinkable technological possibilities began to nurture an unfocused hope that we might someday be able to reverse blindness. But beyond the leaps in science, two key realizations, or epiphanies, took place within me which spurred this mission on.

In the mid-70s, I had the privilege of meeting Dr. Jonas Salk, the scientist who created a cure for polio, a disease that, until that point, had long been considered incurable. In the meeting, when I told him about my mission, Salk offered a profound piece of wisdom which would change me forever.  To pursue this mission, he said, I would have to focus beyond the treatment of symptoms or individual physiological effects of any one eye-related disease and simply end it.

Those two simple words—End it!—would thunder inside me for decades to come.

The second epiphany that shaped the Call was one which electrified the world:  President John F. Kennedy’s pledge in early 1961—the year I lost my sight, it so happens— that America would put a man on the moon within a decade. Not “might.” Would.

Hearing JFK’s Call, and reflecting upon it, I came to appreciate the power of such a statement to galvanize action. Without this point of focus, Neil Armstrong would surely not have set foot on the moon within that decade. And it’s possible that no American (or anyone else) would have within the century.

In light of these historic calls to action, how off the wall is the rash promise I made in 1961? Didn’t we end polio?  Yes. Didn’t we put a man on the moon before the 1960s were out? We did. But can we cure blindness?

I, along with some authorities in the field, believe this development is on the horizon. Not just this or that aspect of blindness but virtually all the wildly disparate eye diseases and types of trauma. During the lifetimes of many people alive today, what is now considered irreversible blindness of any sort may commonly become a scourge of the past.

The Call developed into End Blindness 2020, the $3 million prize created to advance groundbreaking scientific and medical research to end blindness permanently and for everyone. The recipients of the End Blindness 2020 Prize include members of the scientific and medical communities who have led exemplary and undeniable advances in the fight to end blindness. The Prize is separated among two groups, Outstanding Achievement, highlighting profound strides toward ending blindness, and the Visionary Award, providing funding for scientists in an earlier career stage exhibiting signifiant potential in their research.

This is the Call to humanity: to End Blindness, permanently and for everyone. Together, we will answer it.

If you’d like to stay connected to End Blindness, please send us an email at team@endblindness2020.com.